Wells Fargo customers are finally getting a bit from settlement

In late 2016, headlines were dominated by a massive scandal involving Wells Fargo bank and its employees. In 2011, Wells Fargo instituted an employee sales goal program that incentivized employees to open new checking, savings and credit accounts. The program spanned from May 2011 all the way to Jan 1, 2017. Between 2011 and July 2015, however, the program led to more than 5,300 employees (nearly 2% of their entire workforce) opening more than 3.5 million fraudulent bank or credit card accounts without the knowledge or permission of their customers. The resulting fallout was so massive that it continued to remain headline news for nearly a year.

Another suit was filed in 2016 against the bank by former employees of the bank who were demoted, forced to resign or flat-out terminated by the bank for their failure to meet "impossible" quotas imposed by the bank on its employees. These quotas were laid out as "sales goals" for opening new accounts and were expected to be met. Some employees met then by opening fraudulent accounts, while others refused and were often fired for their inability to meet quotas as a result.

In addition to the Consumer Financial Protection Bureau (CFPB), the Los Angeles City Attorney and the Office of the Comptroller of the Currency (OCC) fining the bank $185 million in 2016, the bank also agreed to a $110 million settlement in a class-action lawsuit. That settlement is meant to help reimburse customers who were defrauded for the millions of dollars in fees those fraudulent accounts incurred. The settlement is also expected to cover at least 12 different lawsuits filed against the bank by various parties.

Where the money goes

Once administrative and legal costs have been paid, the remainder of the $110 million settlement will go directly to defrauded customers to reimburse them for any "out-of-pocket" losses they incurred, such as fees charged to accounts that were opened without their authorization. Needless to say, a $110 million settlement will do a bit more than just cover a few fees.

By now, most people should be aware of whether or not a fraudulent account was opened in their name, but not everyone might be. One of the best things you can do to find out is to check your credit report with the three major credit agencies and make sure you recognize all of the credit accounts listed. Bank accounts, however, may not show up on your credit report. By now, however, any fraudulent accounts should have been identified and closed. If you are a Wells Fargo customer, however, you can always log onto your Wells Fargo account online and check to be sure you recognize all of your accounts.

Keep in mind, the lawsuit applies to accounts that were opened as far back as 2009, so it may have happened so long ago you didn't even notice. For the most part, if you check all of your credit reports and everything seems to be in order, you are most likely not affected.

In addition to the $110 million settlement, $5 million of the $185 million in fines levied against the bank by the government were also earmarked for reimbursements. As of September 2016, more than $3.25 million of that $5 million had been refunded to customers for fees charged to them due to the opening of unauthorized accounts. This accounted for refunds to nearly 130,000 accounts. Needless to say, there is still a significant gap between the 130,000 accounts that have already had refunds issued versus the nearly 3.5 million fraudulent accounts opened. So, while repayment is happening, it still has a long way to go. Meanwhile, new information and even more scandalous revelations continue to surface regarding the numerous bad-faith practices of the institutional banking giant.

According to a review of the bank and credit card account records in December, the average customer refund came out to approximately $32.41 per customer. As to the exact number of people who could receive money under the new settlement or how much each would receive, exact numbers have not yet been determined. Those numbers may also still be a long time coming due to the sheer magnitude and scope of the issue. 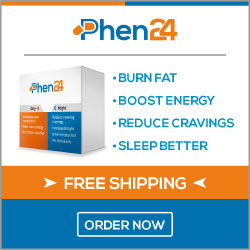 If you are experiencing homelessness, you can get into this program. You just need to demonstrate your situation so you can get the assistance you need as soon as...
Read More

Renting: A Best Place to Live

The US government in its effort to facilitate homeownership and community development in 1965 came up with an agency known as the Department of Housing and Urban Development...
Read More